We specialize in less-known languages
and major language dialects

The Navajo Nation is located in the United States and spans the states of Utah, Arizona, and New Mexico. Navajo (Diné Bizaad), also known as Diné, belongs to the Athabaskan branch of the Na-Dené language family, which extends up to Alaska.

This Southern Athabaskan language is spoken by around 170,000, and is one of the few native languages of North American with a growing population of speakers. According to the 2020 census, there were only 8,000 monolingual speakers of Navajo, In urban areas. However, younger Navajos are shifting to English.

Navajo was used for coding during WWII due to its complexity. Its orthography, which was developed in the late 1930s after a series of prior attempts, is based on the Latin script. The first recorded contact between Navajos and colonial invaders came in 1583 in the area of Dinetah, the Navajo Nation. In the Long Walk to Bosque Redondo of 1864 (Hwéeldi), the United States federal government attempted to ethnically cleanse the Navajo people. Diné were forced to walk from their land in Arizona to eastern New Mexico and suffered innumerable tribulations, and children we subsequently forced into boarding schools. The earliest Navajo culture is rooted in the migration of asians across the Bering Straits land bridge between 40,000 and 25,000 B.C.E 25,000 B.C.E. 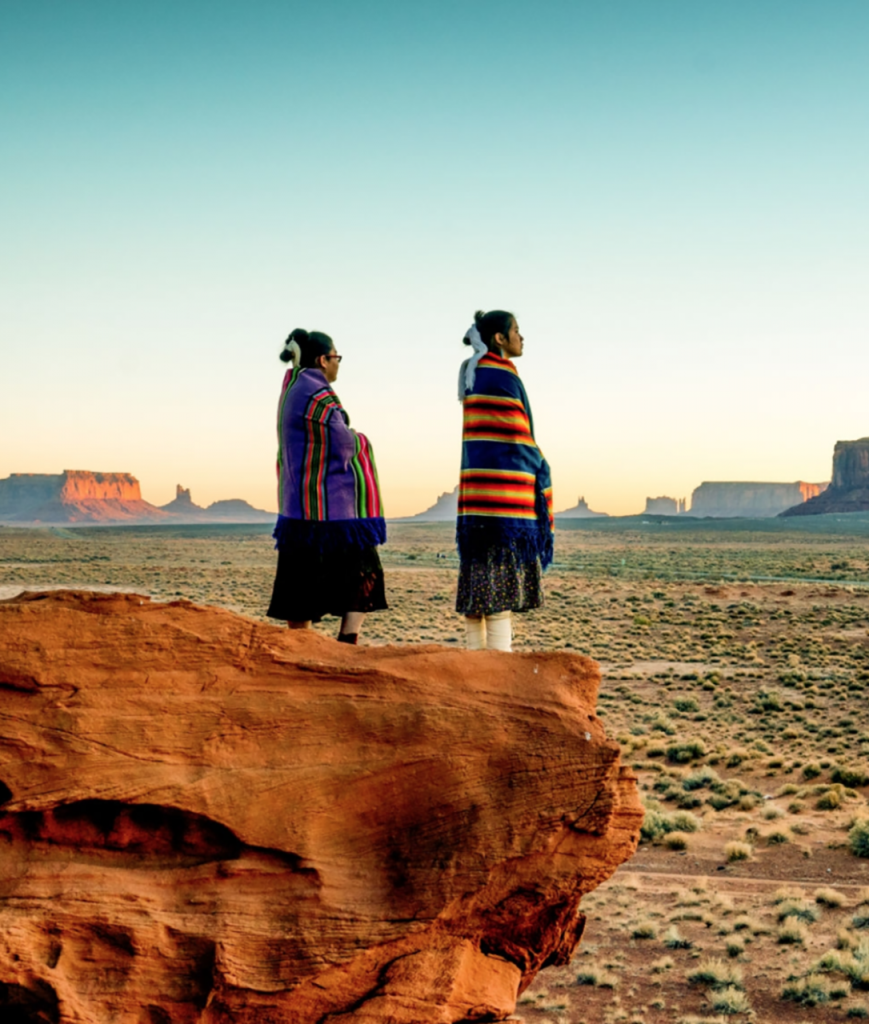 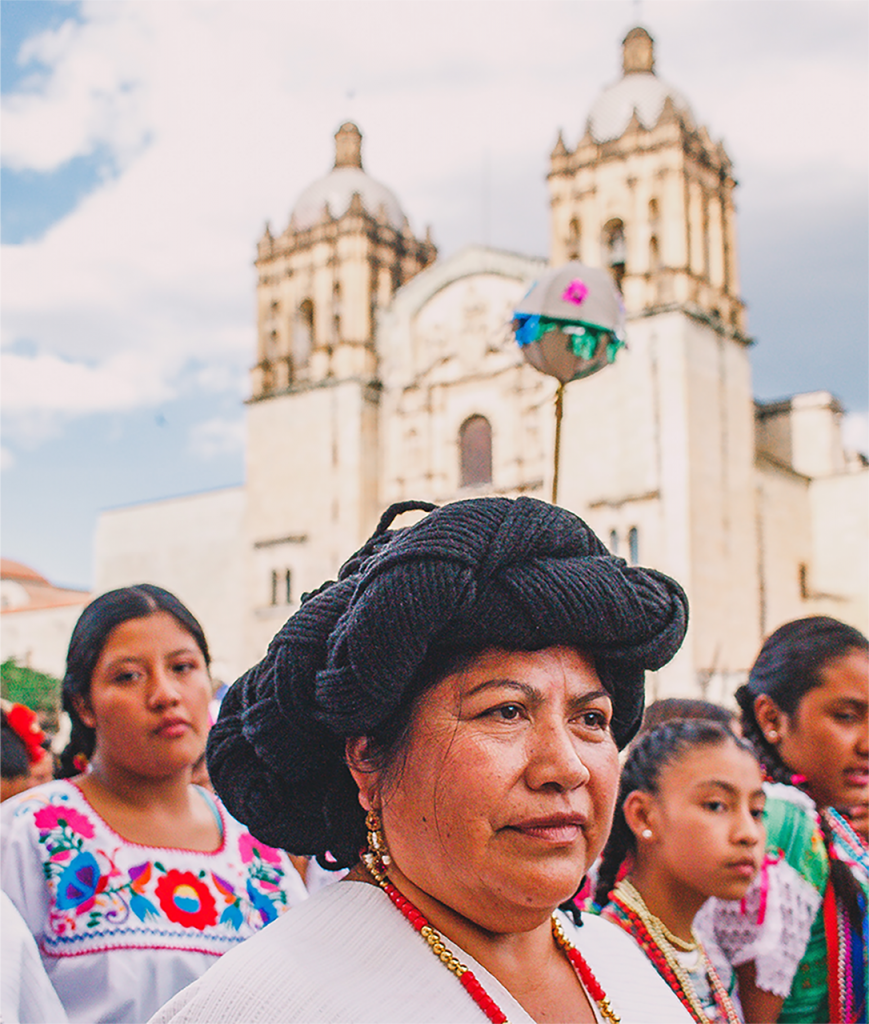 Easygoing and vibrant, Oaxaca is the most culturally diverse state in Mexico. The state has a total population of about 3.5 million. It is bounded by the states of Puebla and Veracruz to the north and Chiapas to the east, by the Pacific Ocean to the south, and by the state of Guerrero to the west.

Historians estimate that during the pre-colonial period, Oaxaca was home to 16 separate cultures, each with its own language, customs and traditions. The Zapotecas and Mixtecas constituted the largest and most sophisticated societies with villages and farmlands located throughout the region. Benito Juárez became Mexico’s first indigenous president in 1858 and served several terms, one of which was interrupted by the French occupation from 1863 to 1867 after he refused to continue paying long-standing debts owed to France.

Bolivia is a country in central South America, with a varied terrain spanning Andes Mountains, the Atacama Desert and Amazon Basin rainforest. The dialect we plan to record is spoken by people living in near Lake Titicaca in the east-central part of Bolivia.

There are around 1.5 million Central Bolivian Quechua. Quechua is recognized as an official language of Bolivia, one of the 36 indigenous languages declared official in the nation’s constitution.The various Quechua dialects are in some cases so different that no mutual understanding is possible. Some say it sounds like Japanese, and they do actually share some patterns. Quechua, like many Native American languages, tends to form sentences not by putting many words together in the right order, but rather by taking one root word and adding many suffixes or prefixes to create one long word that means an entire sentence.

The language of the Incan Empire, and of some of its rivals, has long dominated the south-eastern South America. The forced sterilization policy under Alberto Fujimori affected almost exclusively Quechua and Aymara women, a total exceeding 200,000. Since the time of the colonization, Quechuas were either ignored or exploited as miners in Potosi or as peons on the haciendas of Spanish land lords. In Bolivia this situation didn’t change until the revolution of 1952-1953 when the majority of the hacenderos (feudal land lords) were removed from power. 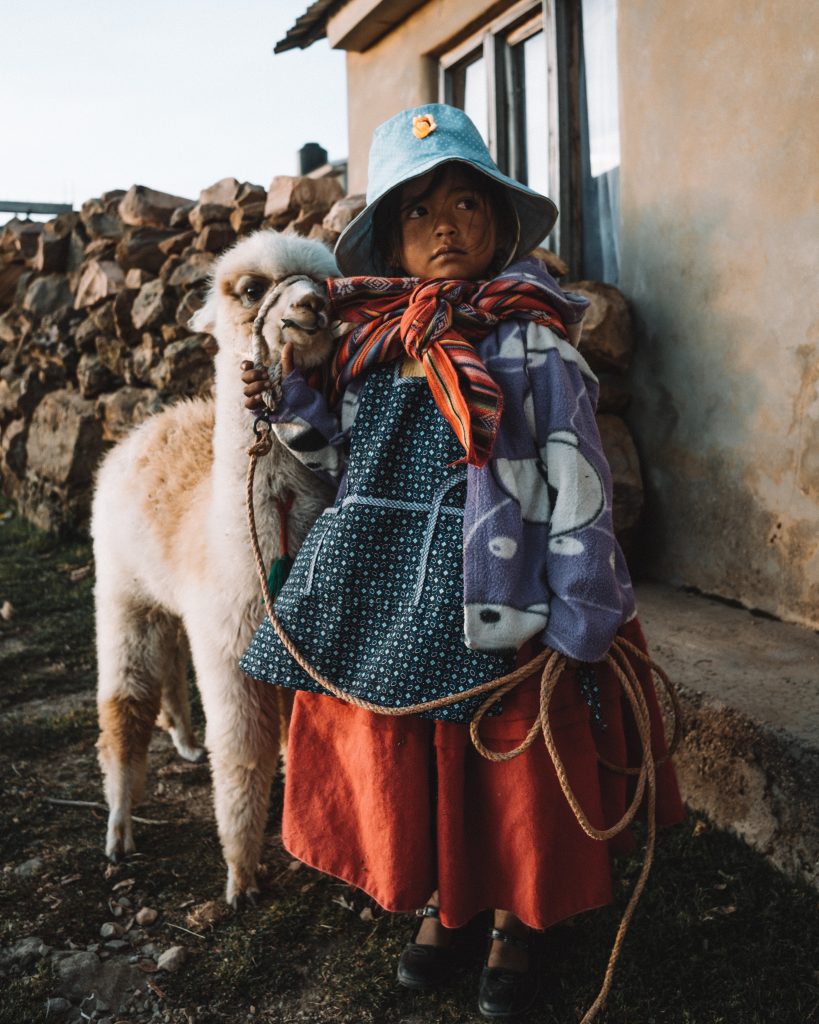 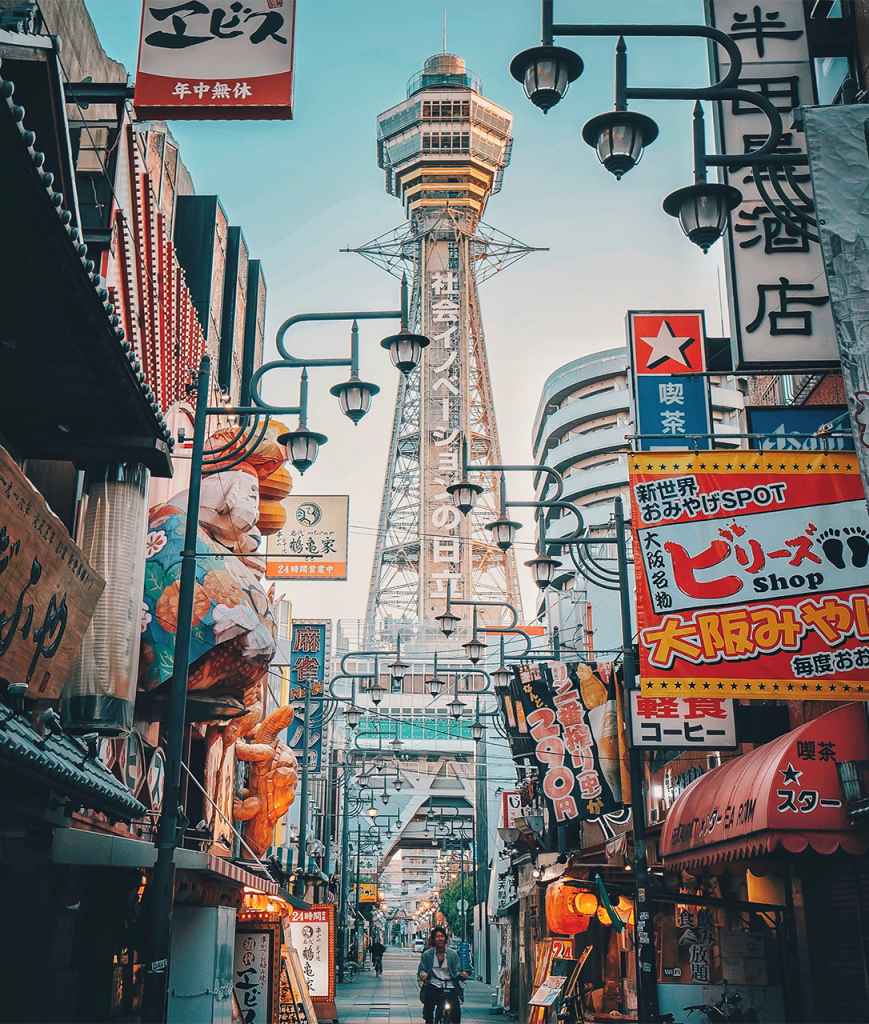 Ōsaka (大阪) is the third largest city in Japan, with a population of over 2.5 million people in its greater metropolitan area. It is the central metropolis of the Kansai region and the largest of the Osaka-Kobe-Kyoto trio. Across the nation are a huge number of unique dialects, “Osaka-ben,” is particularly special. Within it are phrases and words only used in Western Japan that carry special nuance and meaning.

Japanese (日本語) is spoken by about 128 million people, primarily in Japan, where it is the national language. Japanese has three alphabets/scripts: hiragana, katakana, and kanji. Kanji is the oldest and is a picture-based system from China made up of logograms, which are characters that represent whole words. Hiragana and katakana are native to Japan and represent syllable sounds; together these two alphabets are referred to as kana.

Osaka-ben is one major variation of the more expansive Kansai dialect, which is spoken in slightly different ways in the Kansai region’s major prefectures of Kyoto, Kobe, and Osaka. Osaka has centuries of history as Japan’s trading center, and given such a history, it’s also developed its own unique expression for bargaining.

The Bubi people are a Bantu ethnic group of Central Africa who are indigenous to Bioko Island, Equatorial Guinea. Biologists regard Bioko Island as a living laboratory for studying how plants and animals evolve in isolation. Bioko is home to the Equatorial Guinean capital, Malabo, and is located about 20 miles off the the coast of Cameroon.

Once numbering approximately 4 million, Bube currently has around 50,000 speakers, with three variants: North, South and Central-East. It is noted for its tonal character and the divergence of words by gender. The Bubi were isolated and undisturbed for a long time, leading them to form a unique society, language, and belief system different form the mainland Bantus.

The Bubi are believed to have colonized the island about 3000 years ago. The name, did not originate from within the tribe. It was given to them by pre-colonial visitors to the island of Bioko. Originally the Bubi referred to themselves as “people of the land who are among the living”, or “bachoboricho” in Bube. 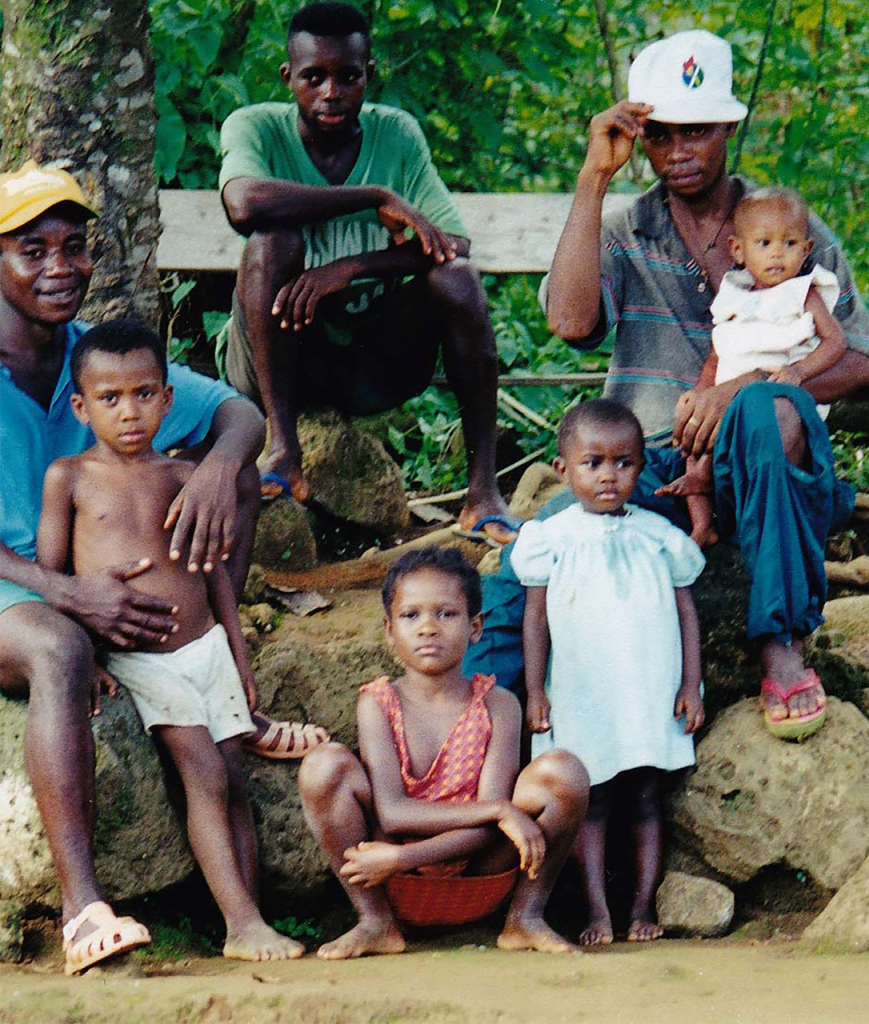 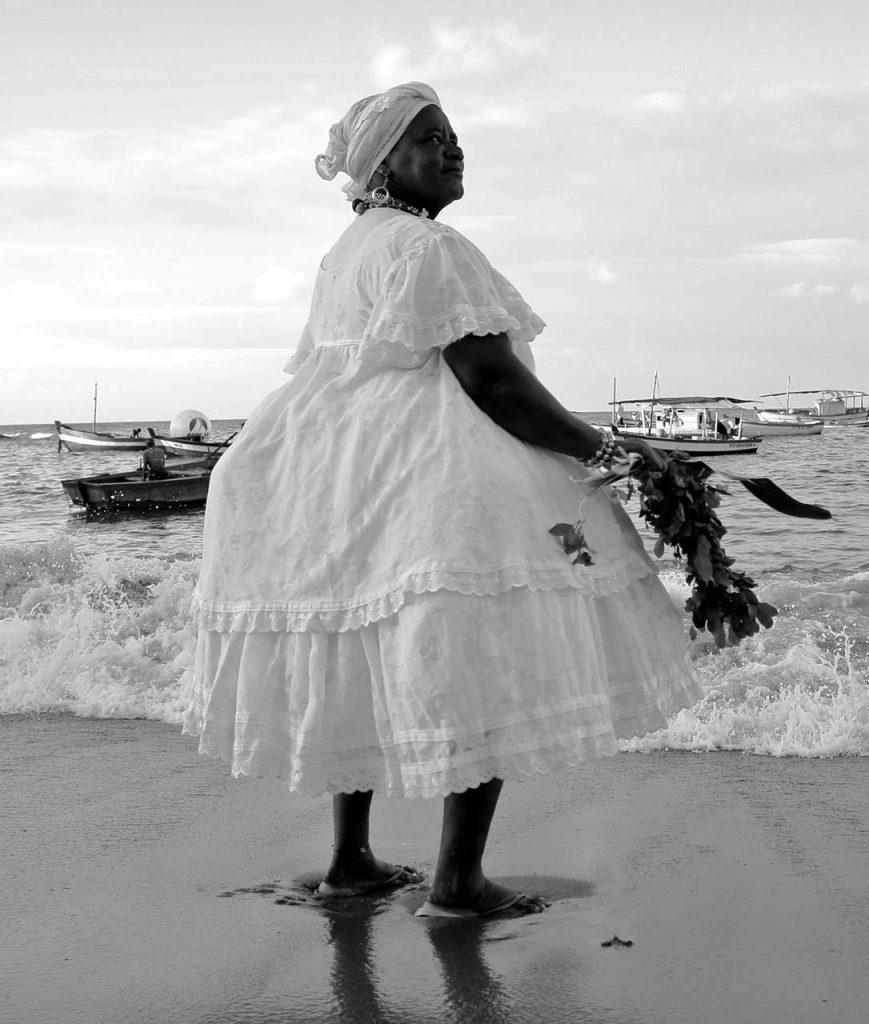 Bahia is a northeastern Brazilian state with varied terrain, from tropical coast to the desertlike Sertão region. Capital Salvador is known for its historic center, Pelourinho, rich with 17th-century colonial architecture and perched above Baía de Todos os Santos (All Saints’ Bay).

The dialect spoken in Salvador is referred to as Baiano. Baianos have a great African influence in their culture and their sayings tend to sound like a Brazilian-esquecreole.

Salvador was Brazil’s first capital. Salvador’s population is the result of 500 years of interracial marriage. The majority of the population has African, European, and Native American roots. The African ancestry of the city is from Angola, Benin, Congo, Ethiopia, Nigeria, Senegal, and Mozambique.

The Basque language (Euskara) is spoken in northern Spain and southern France (Euskal Herria). San Sebastian, or Donostia in Basque, is a coastal city in the Bay of Biscay located about 45 minute from France.

An estimated 700,000 people (35% of the Basque population) continue to speak Basque today. Many Basque speakers feel alienated within their own land, and have stepped up to revitalize their mother tongue. Their efforts are centered on empowering themselves, putting their lives into their own hands, and charting a path for the future where they are masters of their own destiny.

What makes Basque fascinating is that it’s a language isolate. That means that it’s not related to any other living language and its origin is a mystery. It is said to be the oldest language in Europe! The distinct language and genetic make-up of the Basque people has puzzled anthropologists for decades. They have inhabited the area since around 6,000 years ago, after the transition to farming in southwest Europe. They were forced to speak Spanish during the Franco era and were punished if caught speaking Basque. 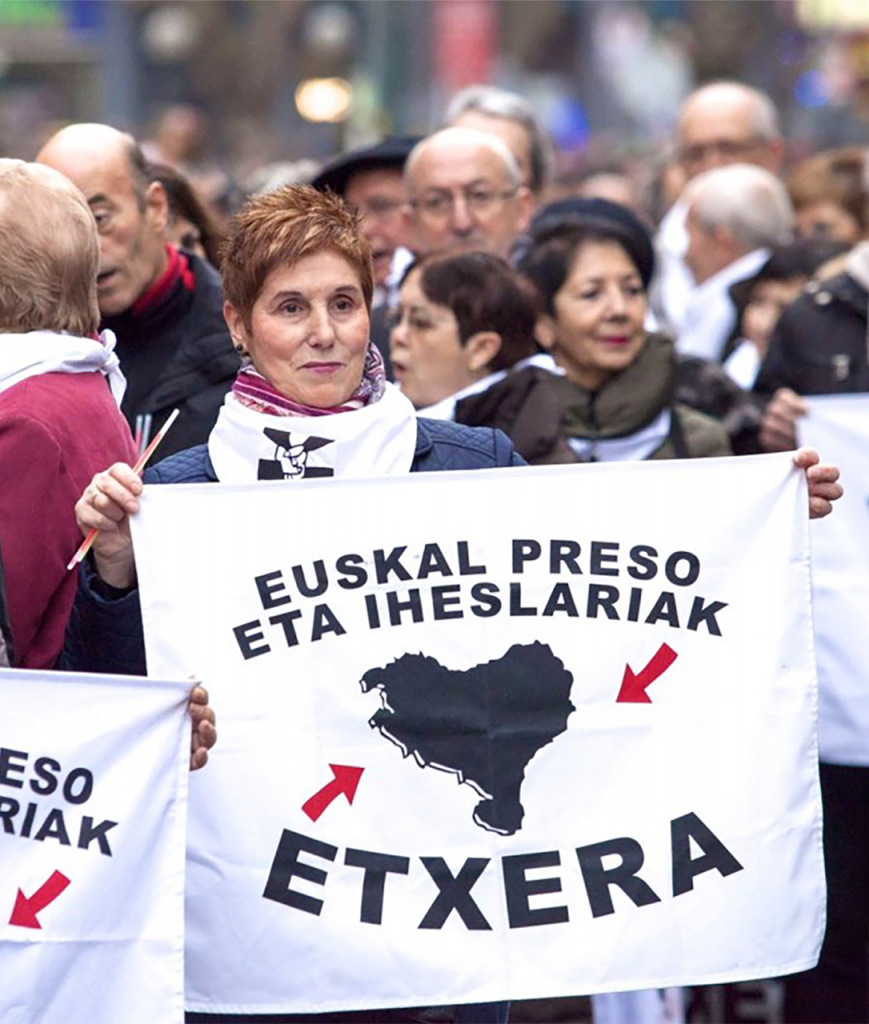 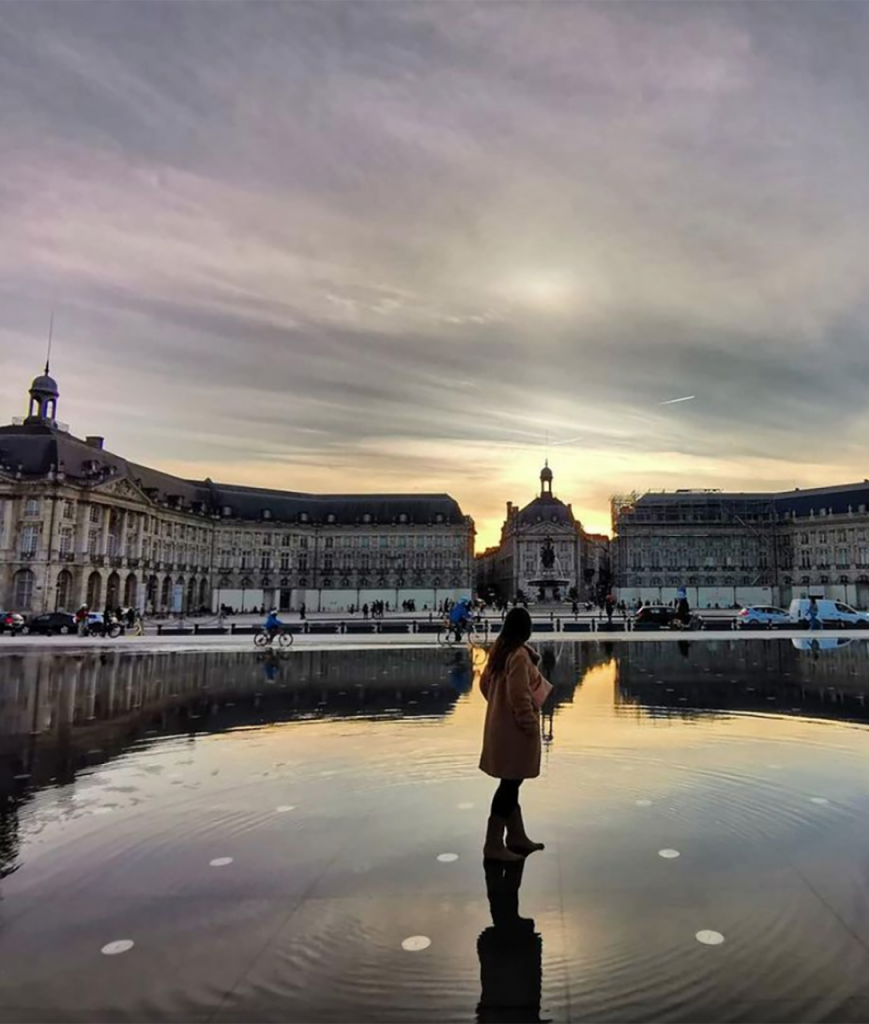 The commune of Bordeaux proper has a population of around 270,000 and lies along the Garonne River 15 miles (24 km) above its junction with the Dordogne and 60 miles (96 km) from its mouth, in a plain east of the wine-growing district of Médoc.

French in general doesn’t have the regional variation that of the UK, but because the city of Bordeaux is part of the Basque Country its dialect has a certain Euskara drawl. The french language will likely live on because it is one of the official languages of the European Union and the United Nations.

Around 300 BC, the region was the settlement of a Celtic tribe, the Bituriges Vivisci, named the town Burdigala, probably of Aquitanian origin. Some argue that it came from the Basque language in which burd meant swamp and gala was the word used for shelter. At the time, the city was part of the Roman Empire and surrounded by muddy swamps—the overall dirty aspect and foul smell were the main characteristics of the town.

The Sámi people are an indigenous Finno-Ugric people inhabiting Sápmi, which today encompasses large northern parts of Norway, Sweden, Finland and the Kola Peninsula within the Murmansk Oblast of Russia. The Sámi have historically been known in English as Lapps or Laplanders, but these terms are regarded as offensive by some Sámi people, who prefer the area’s name in their own language.

To make up for past suppression, the authorities of Norway, Sweden and Finland now make an effort to build up Sámi cultural institutions and promote Sámi culture and language. Sámi languages, in English also rendered as Sami and Saami, are a group of Uralic languages spoken by the Sámi people in Northern Europe in parts of northern Finland, Norway, Sweden and extreme northwestern Russia—Native speakers numbering 20,000.

Archaeological findings have shown that the region around Kiruna has been inhabited for at least 6,000 years. The Proto-Samic language is believed to have formed in the vicinity of the Gulf of Finland between 1000 BC to 700 AD, deriving from a common Proto Sami Finnic language, the language is believed to have expanded west and north into Fennoscandia during the Nordic Iron Age, reaching central Scandinavia during the Proto-Scandinavian period. The language assimilated several layers of unknown Paleo-European languages from the early hunter-gatherers. 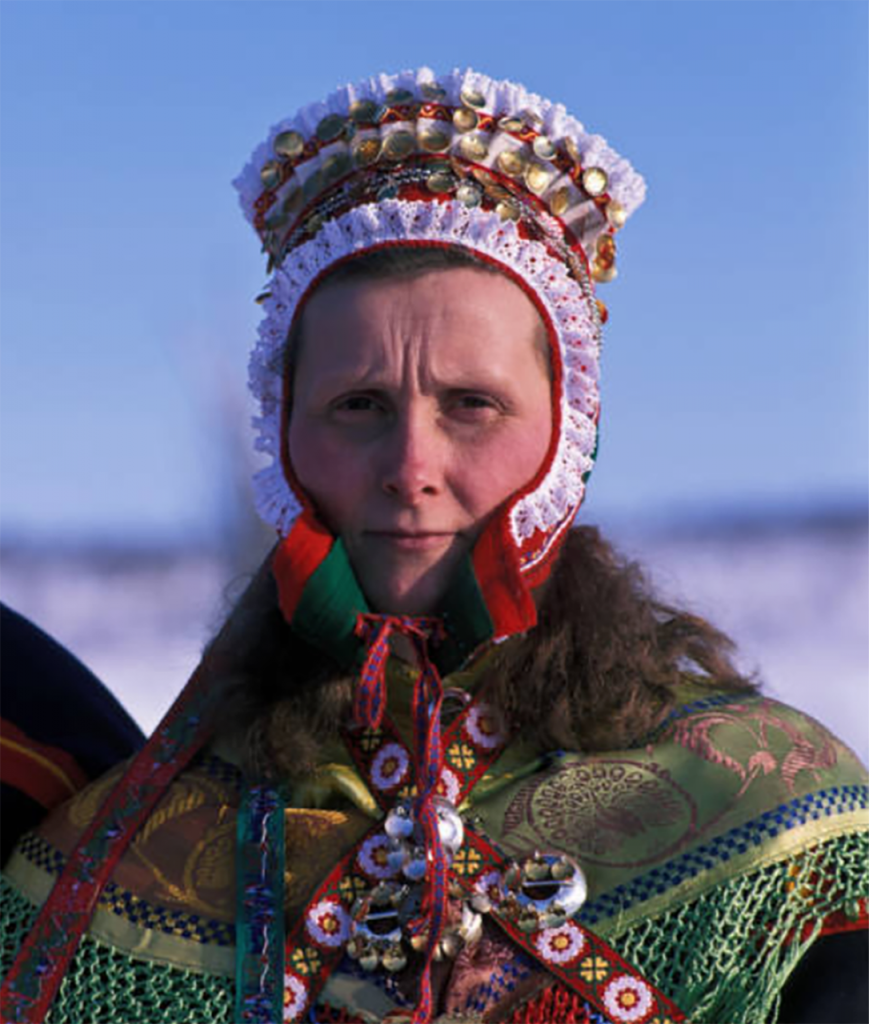 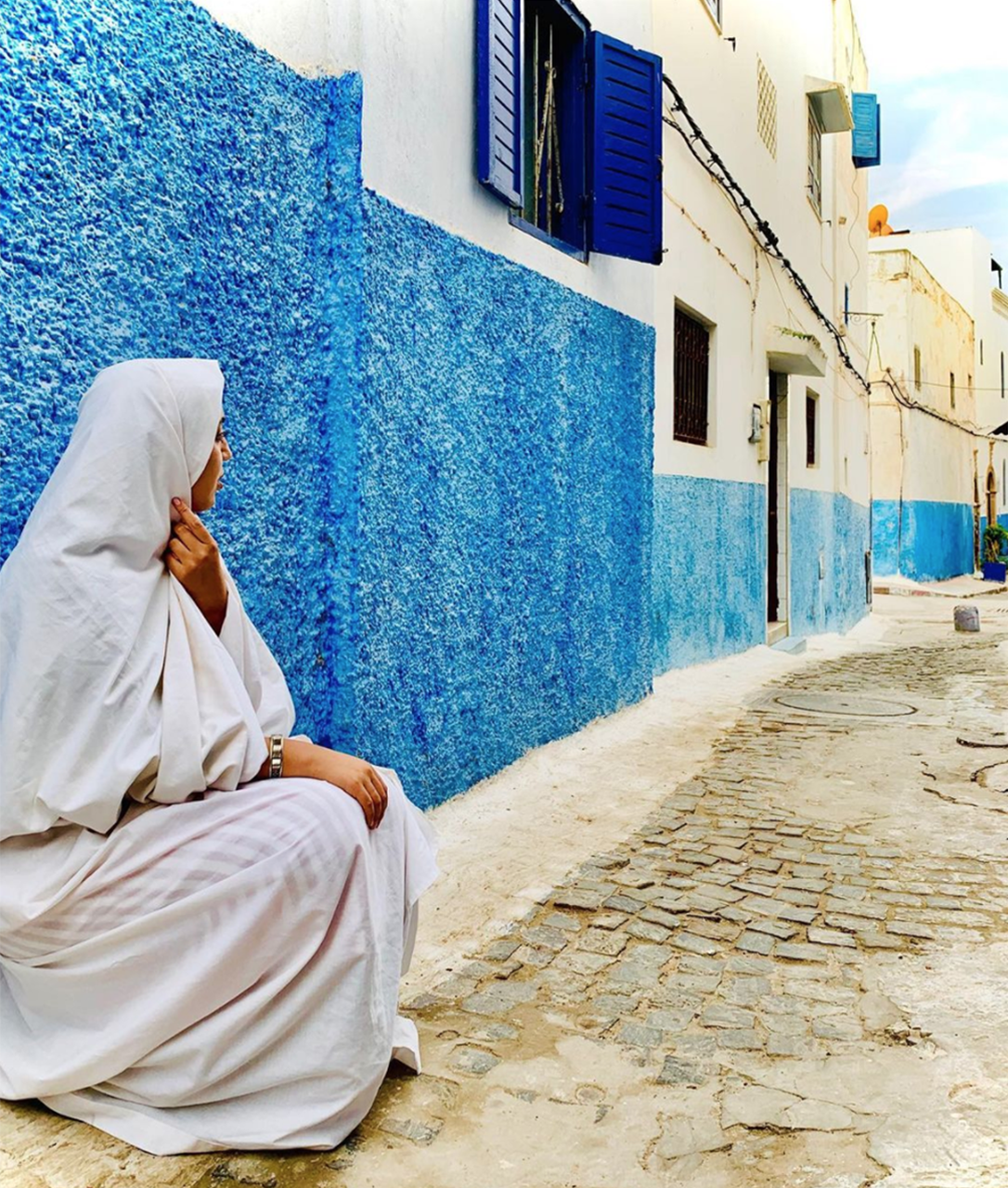 Moroccan Arabic اللهجة المغربية‎ (known as Darija in Morocco) is a form of vernacular Arabic spoken in Morocco. It is part of the Maghrebi Arabic dialect continuum, and as such is mutually intelligible to some extent with Algerian Arabic and to a lesser extent with Tunisian Arabic. It has been heavily influenced mainly by the Berber languages and to a lesser extent by Latin (African Romance), Punic, Persian, French, and Spanish.

It is spoken as a first language by about 50% to 75% of Morocco’s population. The other half speaks one of the Tamazight languages. Educated Moroccan Tamazight-speakers can communicate in mainstream Moroccan Arabic.While Modern Standard Arabic is rarely spoken in daily life and is used to varying degrees in formal situations such as religious sermons, books, newspapers, government communications, news broadcasts or political talkshows, Moroccan Arabic is the spoken common language of Morocco, and has a strong presence in Moroccan television entertainment, cinema and commercial advertising.

Moroccan Arabic was formed of several dialects of Arabic several belonging to two genetically different groups: pre-Hilalian and Hilalian dialects. Pre-Hilalian dialects are a result of early Arabization phases of the Maghreb, from the 7th to the 12th centuries, concerning the main urban settlements, the harbors, the religious centres (zaouias) as well as the main trade routes. The dialects are generally classified in three types: (old) urban, “village” and “mountain” sedentary and Jewish dialects.

Don't see a language
you want to learn?
we would love to hear from you.