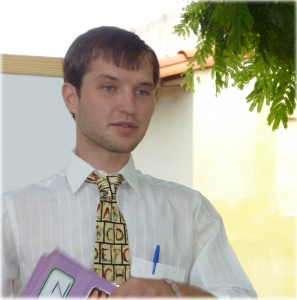 “I was born in Moscow but have an accent when I speak Russian—I moved to the US when I was six years old and grew up in Salt Lake City, Utah. We wanted to offer the public a more standard sample of the Moscow Russian dialect, and for that reason we selected Vladimir Alexandrovich. He grew up in Moscow and provides a great example of the dialect. I decided to play the role of auxiliary language speaker because he speaks English with a heavy accent.