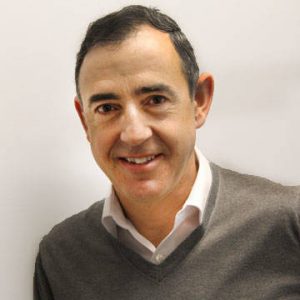 Fernando Rubio works at the University of Utah and is the Director of the UOnline Curriculum Enhancement and Innovation for Undergraduate Studies. He is also the Director of the Second Language Teaching and Research Center in the College of Humanities, where he is also a Professor of World Languages and Cultures.

He is currently working on a project to study linguistic correlates of language proficiency. This project involves the development of a large-scale corpus of learner language that includes data from learners that have acquired a second language in different contexts.

“I have had the pleasure of knowing Andrei Golub for many years, since he was my student. He possesses a combination of skills and experiences that are unusual and difficult to find even in those who are many years his senior. He is trilingual in English, Russian, and Spanish and has knowledge of several other languages. He has also had a variety of international experiences that have given him a level of maturity well beyond his years. From an academic point of view, Andrei was an excellent student who obviously had a knack for languages. For one of my classes he produced a fine piece of research on second language acquisition and the effect of first language transfer of phonetics, syntax, and pragmatics. He had additional research experience in a phonetics course in which he was engaged in analysis of phonological features of the pronunciation of second language speakers of Spanish. Overall, I would characterize him as one of the strongest students that I have worked with over the course of my career.

Andrei has used his linguistic skills professionally as a language teacher and as a translator in multiple settings. But he is also a compassionate person who has put his skills to work for the good of others. Over the past few years, he has provided help to communities at home and abroad in the form of volunteer work. Perhaps the experience that had the most impact on Andrei was his work with Peace Corps in Paraguay between 2010 and 2012.

My sense is that as a result of this experience, Andrei decided to put his creativity to work on this exciting and altruistic project called Lingua Bear. I have been familiar with it since its inception, and I am proud to see a former student embark on such a vital endeavor. I am even more impressed to see how unflappable Andrei has been in his desire to see the project come to fruition. I will just say that, as an educator, this is precisely what we hope that our students will do with the education that they have received. Andrei has been able to use his intellectual, managerial, and entrepreneurial skills to put together a project that has a chance to leave an indelible mark for future generations. Time will judge the ultimate success of this project as a tool to help preserve endangered languages. What is unquestionable though, is that our world is a better place when we are surrounded by people who dedicate their time, energy and resources to a selfless cause like Lingua Bear.”