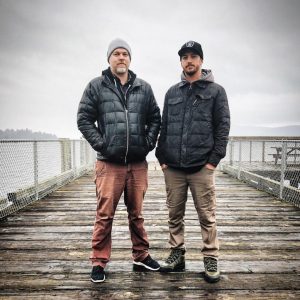 KNHO Film is a small production company based in Salt Lake City, owned and operated by Mike Eldredge. They helped us create our fundraising video pro bono and we plan on working with them on future projects.

After graduating from film school in 2011, Mike quickly found himself working in the film industry as a DP and editor.  Since then Mike has developed his own unique style of filmmaking and has worked with a large number of brands and agencies including Nike, Wrangler, Utah Tourism, Boot Barn, Domo, SanMar, Uhaul, GoPro, and more.

“I believe we have an advantage over other film companies because everybody on our team is able to wear many hats and is skilled in all aspects of production. This allows us to produce high-quality content while keeping our crew small and extremely efficient.”

After years of working in the commercial world, in 2017 he completed an award-winning documentary called “500 Miles”, which tells the story of a veteran’s program meant to rehabilitate both veterans and horses—restoring their true sense of purpose and value.

Tony Hagedorn is First AC, Grip, and co-editor. Tony is a South Dakota native and his passion for film and photography stems from documenting his love of snowboarding and the outdoors. For the past two years, he has mentored under Mike Eldredge doing everything from pre-production to post-production. His strengths on set and in the office derive from a well-rounded Midwestern work ethic.